Gallery The Story The Book 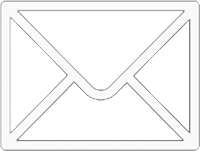 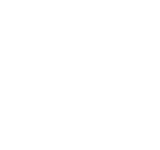 Professional photographer Tony Hutchings has published a unique collection of photographs taken on his six month 15,000km journey around Peru in 1982, much of it driving a second-hand VW Beetle. The book, designed by Wayne Ford, features 168 images that beautifully capture the history, culture, people and majestic landscapes of a country emerging from 12 years of military dictatorship.

Tony became fascinated by Peru after seeing a film about the Andes, reading National Geographic articles and hearing stories from Peruvians living in London. Determined to see for himself, Tony left his London studio and set off with camping equipment, a South America handbook, two Hasselblads and as much Kodak Ektachrome film as he could carry.

‘Peru 1982’ documents Tony’s incredible adventure, exploring Peru’s cities, villages and some of the remotest parts of the country. He first travelled south from capital Lima, along the Pan American Highway and up into the high plains above 3500m; then east from Lima to Huancayo and north to Equador, via Ancash, taking in the breathtaking Cordillera Blanca.

Next stop was Cuzco in time for the vibrant Inti Raymi festival of the sun, held on winter solstice, before exploring Inca sites and taking a spectacular train journey to Puno, to stay with a family on Isla Taquile in Lake Titicaca.

The final trip was to the Amazon, staying at La Brisa on Laguna Yarinacocha and visiting the nearby Shipibo village settlement. The last leg took in a Campa Indian settlement on the Rio Pichis before returning to Pucalpa and then flying to Iquitos, the Amazon city of half a million people, only accessible by air or boat.

“Having fallen in love with Peru, its people and its spectacular scenery in 1982 and seeing how nature, humans and economics are having such an impact on its future, I felt compelled to provide a photographic record in print, so people can share some of my experiences,” said Tony. “Some of my lasting memories are of the warmth and hospitality of Peruvians, despite considerable poverty in some of the remoter locations.”

To buy the book in the UK at £39 please use the PayPal button or email for other payment methods.